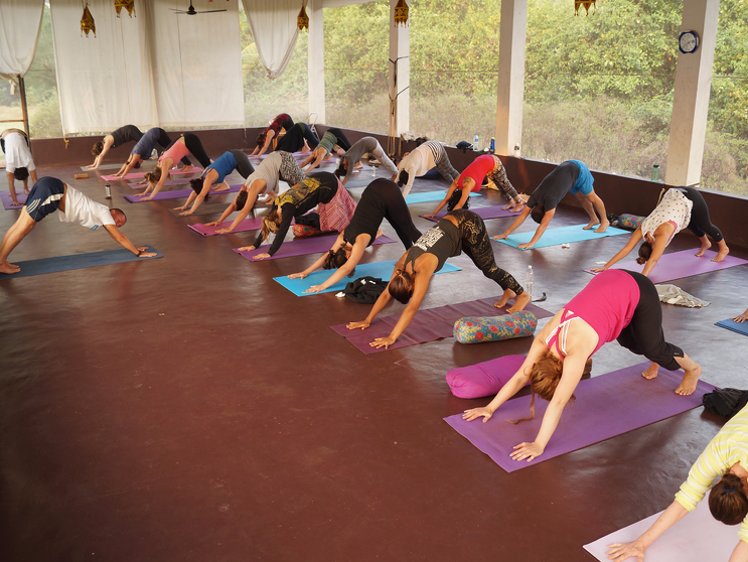 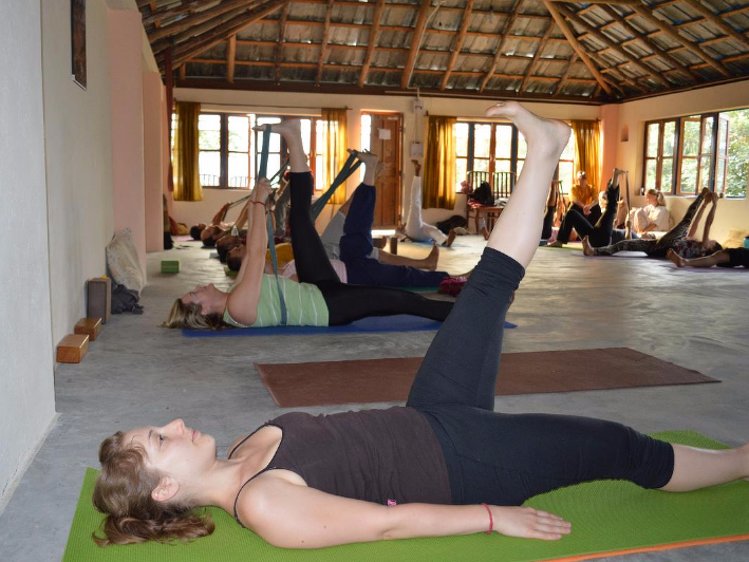 We have particularly chosen 4 styles of yoga that we believe will create the best foundation for being a yoga teacher in today’s world. The theory content of the course also compliments these requirements and offers a deep understanding of spiritual and traditional yogic philosophy and values.

Yoga has been applied with therapeutic intention for thousands of years and is now fast emerging as a discipline in itself. Our Yoga therapy sessions, taught by Guru Mahi, are derived from his 27 years of experience in the tradition of BKS Iyengar- using correct alignment and props to assist individuals facing health challenges of all kinds. The course begins with a health checkup of every student. Individual attention is paid to students who have some physical troubles and special asanas are taught to them to overcome their problems. Students will learn how to assess and assist their own students and aim to bring balance to their body, increasing wellbeing and vitality.

Hatha Yoga is the original form of yoga from where all other styles have developed. The purpose of Hatha Yoga is to keep the yogi aspirant, healthy and free from disease in order to facilitate purification of the mind. This deep practice develops a very subtle awareness within the body that begins the process of cultivating the meditative state of awareness. Pranayama (Breathing techniques) are also a very important aspect of a Hatha Yoga practice. Here we cover the traditional asana sequence, pranayama, meditation, cleansing processes and philosophies of Hatha Yoga Pradeepika.

Vinyasa yoga has become one of the most popular styles of yoga in the modern world. Students will learn the various ways of sequencing classes, incorporating stretching and strengthening asanas while placing emphasis on flowing between poses with awareness. The breath is used as an anchor to the movement, which builds heat, assists detoxification, and creates a rhythm and flow to the practice. Vinyasa Yoga is an important practice to learn due to its high demand in the current yoga world.

Ashtanga yoga literally means “eight-limbed yoga” as outlined by the sage Patanjali in the Yoga Sutras. Ashtanga Yoga is in the tradition of Sri K. Pattabhi Jois. The asanas are practiced systematically and provide a harmonious flow of energy. The finishing sequence rounds off each and every Ashtanga Vinyasa Yoga practice. Systematic learning steps help you get a deeper understanding of this powerful and dynamic yoga practice supported by your breath.

Art of teaching is all about Teaching Methodology. How to speak in front of a class, teacher dialogues, giving instructions, qualities of a yoga teacher, teaching styles, and the 4 teaching techniques; Instruction, Demonstration, Observation and Adjustment. We also cover the technical aspects of running a class like class structure, routine, teaching safely without injuries, anatomy of alignment (both the theory and practice), ?“Art of touch” encompassing physical adjustment, setting up a yoga business- tips, ethics and advertising and other practical teaching workshops.

These classes include a general idea about the human body about its constitution and compositon. We will explore the 11 systems of the body: the Integumentary System, Nervous System, Skeletal System, Endocrine System, Muscular System, Cardiovascular System, Lymphatic System, Respiratory System, Urinary System, Reproductive System, and Digestive System. Giving insight about where the journey of yoga begins- the body. The sessions will familiarise students with the different parts of our bodies and their relation with movement and breath as the body moves in and out of the posture with an understanding of limitations and safety.

Our Yoga Philosophy classes are taught by Acharya Yogesh, a teacher with a deep understanding of yogic philosophy, obtained through his extensive studies and first hand experience of transformation through his yoga practice. His classes are taught from a scientific perspective as he applies authentic, spiritual and philosophical values of yoga with modern day lifestyle challenges. Classes are always interesting, informative, relevant and humorous. 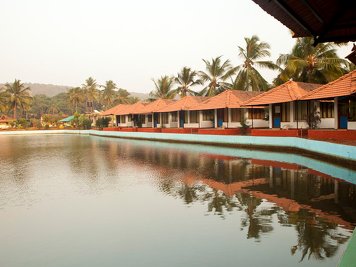 Booking fee is a part of the course fee. Any remaining balance must be paid in cash (Euro, INR or Dollar) on the day of arrival.
Once the application has been submitted online, the center will email a booking status and availability of space. If the application is accepted, the booking charges must be made immediately.
Kindly note that the booking fee is a non-refundable amount. However request for a change over to some other batch within 12 months from the date of your booking can be done depending on our subject to availability and your cause of cancellation.
No refunds, credits or transfers are available on cancellation prior to, during or after the due date of any teacher training program.