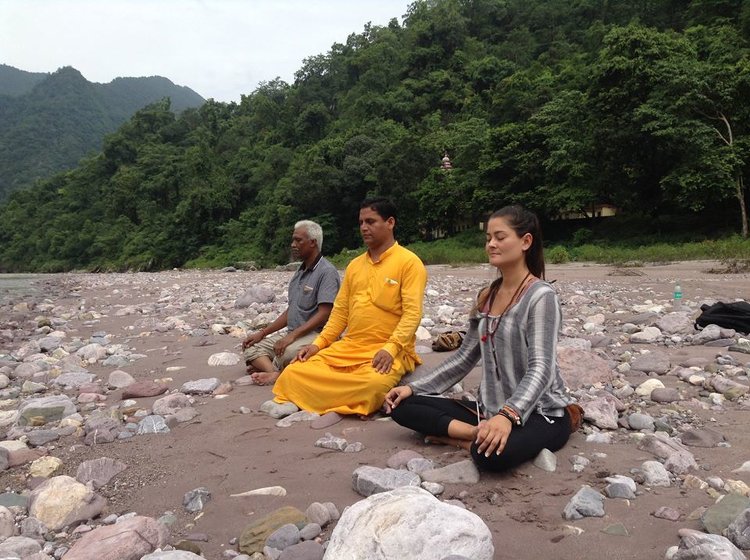 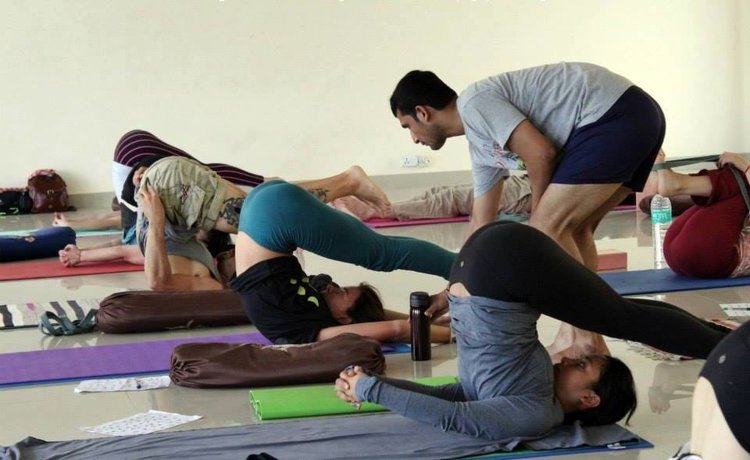 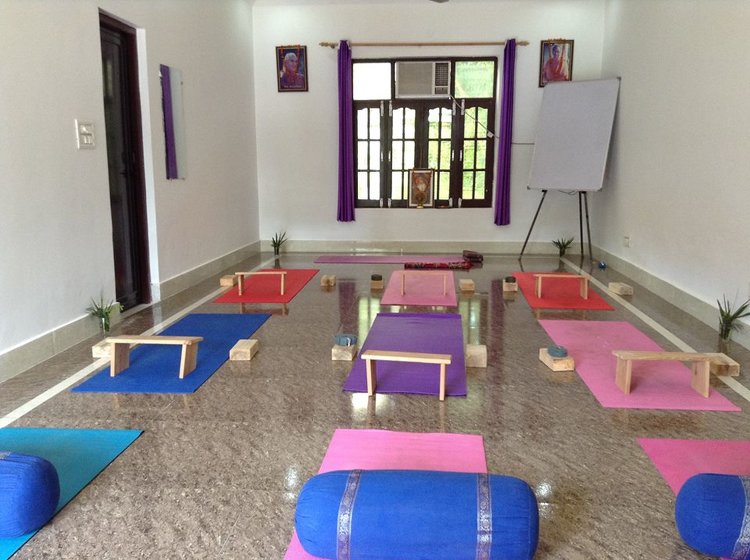 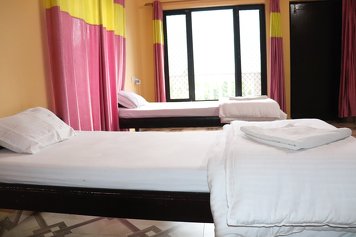 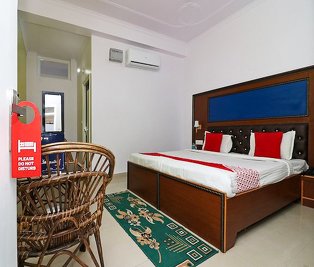 Yoga Vidya Mandiram Yoga School is a registered Yoga School centered in Rishikesh, India. The Center is dedicated to restore, explore and impart the purest form of knowledge of Yogic studies and its practices with their scientific verification. The Yoga Center intends to maintain the yogic teachings to their ancient and traditional purity as taught by the yogis of the Himalayan masters. Thus, our Yoga School is a bridge between pure and traditional form to contemporary format of teaching yoga.

The Yoga Teacher Training (TTC) are held at Yoga Vidya Mandiram in Rishikesh, India, certified by Yoga Alliance, USA for their 200/300/500 hours Hatha & Asthanga Vinyasa Yoga Teacher Training Course.   These Yoga TTC are suitable for students of all levels; beginner, intermediate and advance.

Acharya Chandramani was born in a traditional spiritual family. When he was 8 years old, he became a serious practitioner of the yogic principles of Swetambara Jaina tradition. Later, he was initiated into the Vedic Sanskrit tradition by Swami Vivekananda at the age of 10 in Prabhat Ashram, UP, India. He was fully dedicated to the teachings and daily discipline of the traditional Sanskrit gurukulam from childhood to adulthood. He has been guiding worldwide yoga students into the Vedic Sanskrit literature and its philosophy and holding yoga retreats and teacher trainings for over 25 years.

Yogacharya Sandeep Pandey was born in a traditional Brahamna family and was sent to Gurukul at the age of 8. At the Gurukul, he studied the Yajurveda and mastered all the 16 Samskaras along with Yogasana, pranayama, and Shat Kriyas. He participated in many national-level yoga championships in India and won prizes. However, his quest for knowing the inner self through yoga lead him to Swami Rama Sadhaka Grama where under the direct guidance of H.H. Swami Veda Bharati, he studied and practiced the deeper and subtler aspect of Raja yoga.

Piyush Saxena has been a sadhaka of the Himalayan Yoga Tradition as taught by Swami Rama and Swami Veda Bharati for several years. He has a great passion for the philosophy and practices of yoga Nidra and meditation, as well as practice Hatha yoga as a meditative process to support his meditation practices. Piyush wants to inspire people and teach yogic practices that can help them in their daily life, business life, student life, family life, corporate life, and more importantly guide them to become an enlightened human being.

Subhash Petwal is an asana yoga instructor who is experienced teaching internationally and locally in the styles of Ashtanga Vinyasa yoga and Hatha yoga. He has undergone his training in Mysore and Kaivalyadhama Lonavala and has been undergoing continuous practices for several extended years at Kishore Yoga Kendra Bangalore. Subhash is passionate about sharing his knowledge of Hatha and Ashtanga yoga and takes great care in layout a strong foundation for his students to further their practices.

Saurabh developed a keen interest in yoga since childhood. He was born and educated in Rishikesh, the world’s capital of yoga. He began his yoga journey in the holy city of Rishikesh. He is an experienced teacher of Hatha Yoga and Ashtanga Vinyasa Yoga for the past 3 years and is in pursuit of his master’s degree in Yoga, as well as continuously undergoing self-practices and self-studies of yoga.

In Manish’s eyes, Yoga is the gateway to learning and understanding your true-self, to see beyond the physical and discover the subtilities of your authentic character. He believes that the beauty of yoga for him, is that it always gives satisfaction and joy, in every form. On his unique path, he has developed qualities allowing him to enjoy each moment within society, and these qualities he carries with him into his teaching. Manish feels that to practice yoga is to practice conscious living, and this is a view he integrates into his classes.

Yogacharya Karamjit was born and brought up in a Hindu and Yogic family, whose roots are deeply emerged with Yogi’s lineage. He learned basics of yoga from a wandering monk, since childhood, he stayed and practiced yoga under the revered Monks and Yogis in monasteries. Yogacharya Karamjit did 300 hours Yoga Instructor course and Post Graduation Degree in Yoga from Swami Vivekananda Yoga University and earned his Master in Yoga Science (M.Sc) Degree. He did Yoga and Vedanta certificate course from Swami Shivanada Ashram (Divine life Society) at Rishikesh, India.

Dr. Sumit is an expert in the field of physical therapy and posture imbalance and sedentary life disorders. He did his Masters of Physical Therapy in Musculoskeletal Disorders in Orthopedic Branch and a diploma in Sports Medicine from West Bengal. He is also a certified Pilate’s trainer from Indian Academy of Fitness Training Mangalore. His simple and contemporary style of delivering deep and practical knowledge of anatomy and physiology endear him to his students. He has taught a few hundred students from more than 35 countries and he mainly focuses on the therapeutic aspects of yoga.

Closest Airport
Dehradun, Jolly Grant Airport (DED): It is approximately 35 minutes by taxi from DED to our school in Rishikesh.
Closest Railway Station
Haridwar Railway Station (Haridwar Junction): From Delhi, the train ride takes approximately eight hours, depending on the train. Haridwar Junction is 35-45 minutes away from Rishikesh. Taxi or tuktuks are available for hire.
Traveling by Road
Buses to Rishikesh leaves New Delhi from the Kashmiri Gate national bus stand, approximately every hour. The bus ride takes about 5-7 hours and costs around 900 INR for air conditioned buses and 500 INR for buses without air conditioning.

Complete school rules are mentioned on our official website.

By signing up and booking for this course, you have agreed to our disciplines and our diet requirements.  School holds the right to ask a student to leave the training without certification, if he or she does not follow or violates school discipline.

In the case of cancellation, the advance deposit of a course fee is strictly non-refundable.  However, you may reschedule for the same program in a future month but within 1 year after the initial course date booked.  Reschedule must be inquired in advance of and only if there is still availability for the desired month.