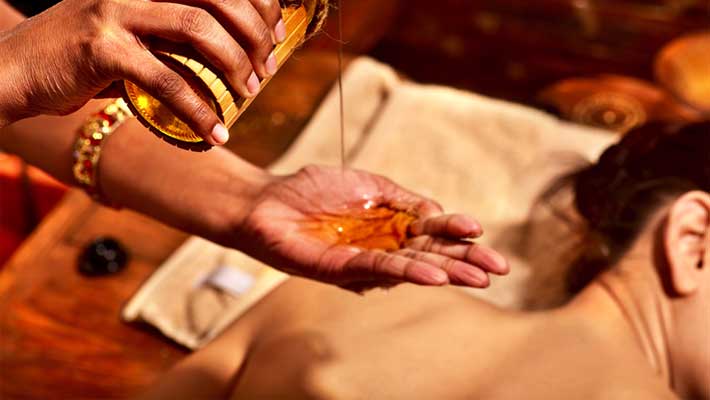 Written by AyurUniverse, December 12, 2017 in Ayurveda

Udvarthana or  Udwartana is a very effective Ayurvedic treatment that is popularly done for weight loss treatments. According to Ayurveda classics, Udvarthana, also called Udwartana means ‘urdhavagati abhyanga’ or a type of Abhyanga massage using upward strokes with soft and fragrant herbal powders (Churnas) and it’s usually done by applying slight pressure. However Udvarthana is much more than a weight-loss treatment. In fact Udvarthana is not limited just to treat obesity issues but is considered as an effective treatment for wide number of problems. It is also part of Dinacharya (daily healthy regimen) and can be done at home daily.

Two early texts of Ayurveda are the Charaka Samhita and the Sushruta Samhita.

According to Acharya Charaka, the father of Medicine, Udvarthana was further classified into two types:

Ruksha Udvarthana: which uses dry churnas for the massage. The nature of the herb is usually ruksha (dry) and khara (rough). This treatment is used for obese persons to reduce the excessive fat deposition under the skin. This treatment is also beneficial for diabetic patients.

Snigdha Udvarthana: also known as Sharira Parimarjana, where the churnas are mixed with herbal oils (Tailas) and made into paste. This paste is rubbed over the skin to improve the texture and tone of the skin. This is recommended for lean or weak patients or for those with sensitive skin. This method of Udvarthana is mainly used for rejuvenation of skin. .

According to Acharya Sushruta, the father of Surgery, Udvarthana was further classified into three types:

Udvartana – Application of a combination of churnas and taila on the entire body to reduce fat and strengthen the body while taking care of that the body does not become too rough or dry in the whole process.

Udgharshna – In this treatment only powders which are dry and rough in nature are rubbed all over the body to remove the excess water and earth element (Kapha). It is mostly used in obesity and diabetic cases.

Utsadana – Here, oils and powders are mixed together to form a paste and rubbed all over the body. These exfoliate and enhance the complexion and glow of the skin. It is nothing but Snigdha Udvarthana.

There are several benefits of Udvarthana. Some of them include:

The treatment begins with a full body consultation by an Ayurveda physician to determine the body type (Prakruti) and decide on the herb best suited. Once the churna and tailas are chosen, a well-trained therapist will conduct the procedure, which takes about 30 to 45 minutes.

The key to a successful Udvarthana massage lies in the massage, done with slight pressure strokes in the upward direction (opposite to hair follicles or urdhwa gati). The treatment is usually performed on the wooden treatment table (Droni) that allows for seven positions like sitting, face up, left lateral, face-up, right lateral, again face-up and then sitting. Here the back, waist and buttocks are massaged in the lateral positions. If the treatment is done on a cushion, then it is done in three positions including sitting, face-up and face down. The change in position is adapted to achieve maximum effect of the treatment to all body parts.

The herbal mix or churna is rubbed from hands to shoulders, lower back to neck, feet to thighs and thighs to buttocks. All strokes on the extremities and back will be done by rubbing strokes with pressure from placing both hands of the therapist, side by side on the body. Udvarthana on abdomen is performed with face up position. Churnas are also rubbed in clockwise direction making tiny circles initially which is followed by large circular movements to cover the entire abdomen around naval.

Udvarthana is usually indicated for people suffering from obesity or overweight, Diabetic Neuropathy, muscular weakness, Rheumatoid arthritis, to improve one’s skin glow and texture, after pregnancy to reduce excessive fat gain around the abdomen, to de-stress, for body stiffness and as a Rejuvenation therapy. Udvarthana may also be given for a specific body part either to reduce the sthanika or localized fat deposition to help in reduction of abdominal fat or to increase the circulation of blood to a particular part of the body like in Rheumatoid arthritis.

The outcome of this treatment is highly individualized, based on a person’s needs. The effect of Udvarthana is increased by following a strict diet prescribed to the patient. Mostly Kaphahara ahara/diet and lifestyle is recommended to reduce the excess accumulated Kapha in the body. Kapha-reducing diet includes foods like low fat milk, consuming of fresh vegetables and greens, cutting down on sweets and dairy products, fresh fruits like apple, pomegranate, etc. Consuming a diet that is hot and spicy (Katu rasa), astringent (Kashaya rasa) and bitter (Tikta rasa) are better. Brisk walking for 20 minutes or doing exercise or yoga for 30 min is also recommended.

One of the most common side effects of rubbing the dry poder against the skin is rashes or cuts to the skin, which can result in a burning sensation. Udvarthana is not recommended in case of dry skin, for children under 10 years, pregnant women, those suffering from skin diseases like psoriasis and eczema, on open wounds, cuts and burns, after a Panchakarma or detoxification procedure, on emaciated or weak persons.

Udvarthana sometimes is combined with other Ayurveda treatments to get the desired effect.

For more reading on Udvarthana: 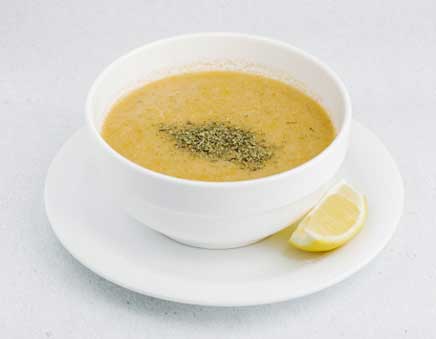