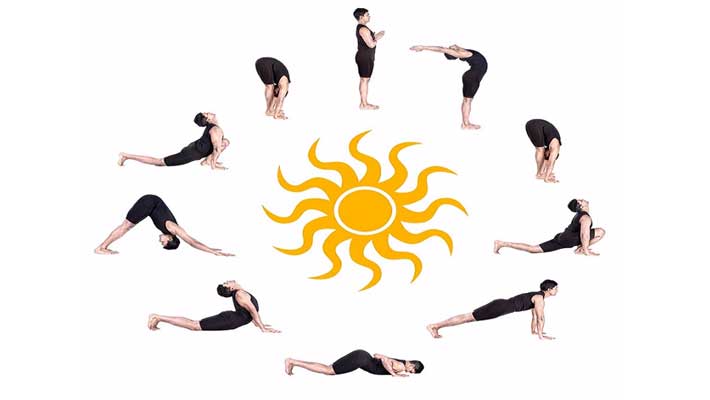 The Sun is our primary light source, without which life on earth would be impossible. One could call the Sun, the visible God or Surya Deva. One simple way to express your gratefulness to Surya Deva is to practice Surya Namaskar or to simple bow down to the Sun, every morning.

Surya Namaskar in Sanskrit simply translates as ‘Sun salutation’. Surya Namaskar is a set of 12 powerful yoga postures that provide a cardiovascular workout to almost every part of the body. Scientifically, it is said that the Sun controls the solar plexus, a point behind the umbilicus i.e. center of the human body. Practicing Surya Namaskar regularly stimulates and regulates the solar plexus which in turn helps balance emotion and increase creativity and imagination. Apart from regulating the mind, Surya Namaskar helps strengthen the body and reduces excess body fat.

The Surya Namaskar Mantra (with meaning):

Always remember your body limitation. Never over stretch, respect your body. A beginner may be very enthusiastic and may be lured to replicate his/her fellow practitioner or instructor but recall that each body has different flexibility rate. There is no point in harming yourself to get a better stretch. As you practice your stretch will automatically get better. The inkling is not to compete with anyone but it is to benefit oneself and improve one’s positivity and health. As a beginner one could start with just two rounds and slowly rise to four rounds and then can reach up to 12 rounds which is ideal number to practice.

An expert Yogi might do up to 108 rounds of Surya Namaskar! This can be challenging and requires stamina, physical fitness and above all mental resolve and discipline. Regular practice of Surya Namaskar is a complete body workout and one can see the effects of their practice with increased energy through the day, better digestion, sharpness and focus.

The 12 postures can be done in varying speeds and with some variations (10 or 12 postures). Those who are interested in reducing body fat could them at a faster pace and that may include only 10 postures (skip Shashankasana).

Take the help of a yoga instructor to start your Surya Namaskar practice. This will avoid unwanted injuries and tissue damage to the body.

The 12 steps of Surya Namaskar:

Sthiti – Tadasana – Stand erect with legs together, bring your palms together as in Namaskar mudra.

While inhaling, lift both hands above your head and bend the trunk backwards.

Bend forward while exhaling, keeping your spine straight and without bending your knee. Try to touch the forehead to the knee joint, palms on the floor on either side of the foot.

Inhale and kick the right leg back, as far as possible. Push the buttock forward so that the left leg is perpendicular to the ground and look up.

Exhaling take the left leg also back resting only on palms and toes. Keep the body straight from head to toes inclined to the ground at about 30 degree.

While inhaling, bend the legs at the knees and rest them on the floor with buttocks resting on the heels, without altering the position of the palms and toes. As you rest the forehead on the ground exhale. Relax and breathe normally.

Exhale without shifting the positions of hands and toes and glide the body forward. Hold the breath and rest the forehead, chest, knees and toes on the ground. Raise the buttocks off the ground.

Inhale, rise the head and trunk making the spine concave upwards without lifting the position of the hands and feet. Arch the back as far as you can until the elbows are straight. Keep the knees off the ground.

While exhaling, raise the buttocks, push the head down until the heels touch the ground without shifting the position of hands and feet.

While inhaling, bend the legs at the knees and rest them on the floor with buttocks resting on the heels, without altering the position of the palms and toes. As you rest the forehead on the ground exhale. Relax and breathe normally.

Exhale and bring the left foot forward next to the right foot and touch the knees with the forehead as in step 2.

Inhale and roll the spine up and your hands go up and bend backwards. Exhale and return to Sthiti.

Although Surya Namaskar is beneficial in many ways it should be avoided by those suffering from inflamed joint problems, after a recent surgery, hypertension, vertigo and severe cardiac problems.

As you complete your Surya Namaskar, take time out to simply lie down and relax the body. It is advisable to lie down in Yoga Nidra to allow the body to adjust to the effects of the stretches. Daily practice of Surya Namaskar followed by Pranayama (breathing) and meditation is definitely the key to a healthy body and harmonious mind.

A Beginner's Guide to the Chakras 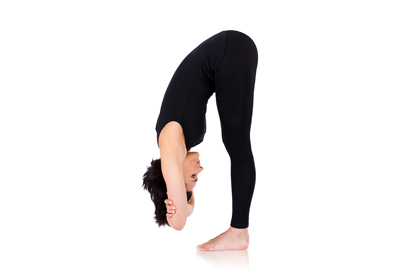 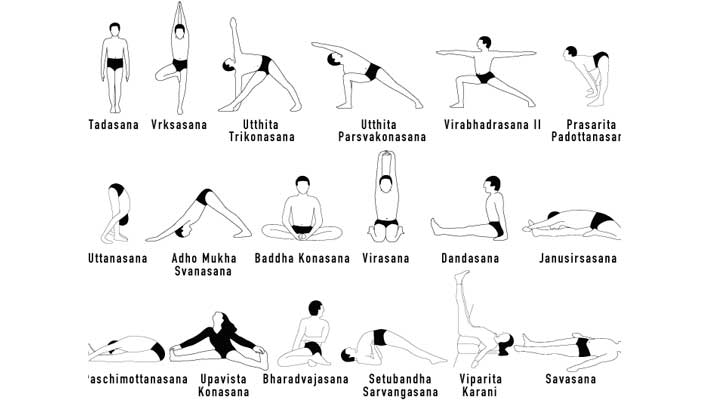 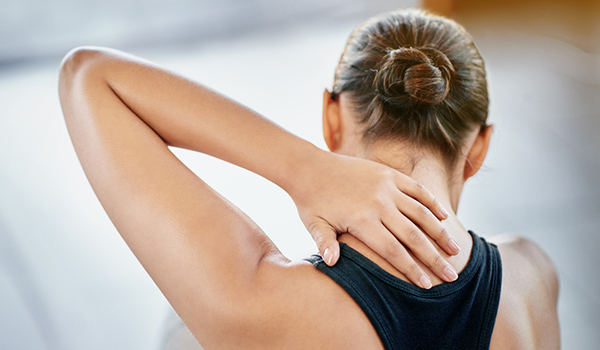 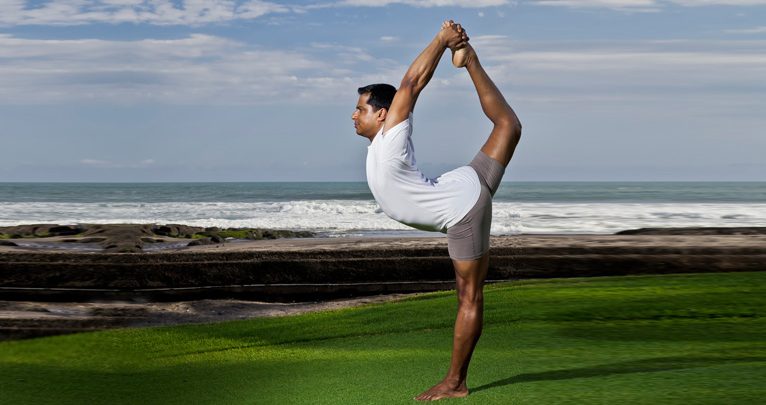