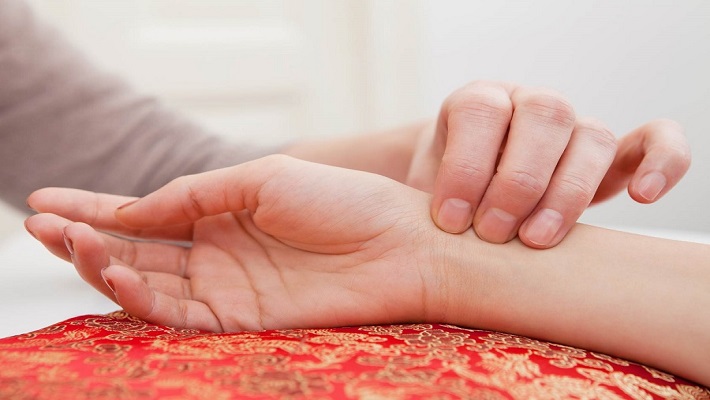 Written by AyurUniverse, December 5, 2017 in Siddha

Siddha medicine is one of the oldest systems of traditional medicine originating in ancient Tamilakam in South India. It is believed that Siddhars laid the foundation for this system of medication. Traditional palm leaf manuscripts say that the Siddha system was first described by Lord Shiva to his wife Goddess Parvathy. Parvathy passed this knowledge to her son Lord Muruga who in turn taught it to his disciple, Sage Agasthya. Agasthya taught 18 Siddhars and they spread this knowledge to human beings for their health and well-being.

One of the best-known Siddhars is Rishi Agasthyar, who is believed to be the founding father of Siddha system. Siddha system of medicine is not only a curative system but also a preventive one. 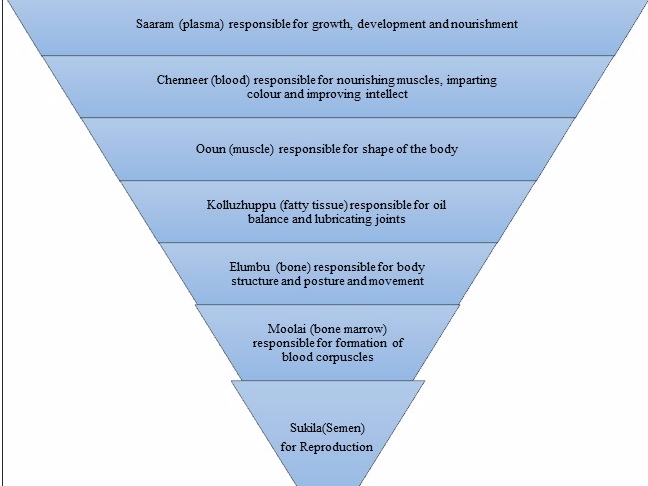 Siddha believes that all objects in the universe including human body are composed of five basic elements- earth, water, fire, air and sky and replicate each other.

Like in Ayurveda, the Siddha system also identifies three basic functional units of the body Vatham (air), Pitham (fire) and Kapham (earth and water), which are responsible for kinetic, metabolic and lubricating aspects of the body respectively. These, Uyir (Life) Thaathukkal (building blocks) are formed by the combination of the five elements of nature and are attributed several vital functions in the body owing to their basic nature.

Siddha considers the human body as a conglomeration of three humors (Vatham, Pitham and Kapham), seven basic tissues and the waste products of the body such as feces, urine and sweat.

Vatham in the body is measured in 1 unit, Pitham in ½ units and Kapham in ¼ units. Maintenance of this ratio reflects health homeostasis. If there is any alteration in these units then Uyir Thathukkal are called as Kutrangal – faulty thathus.

The same aspects were also authenticated by Thiruvalluvar, latest Siddhar of the world as either an increase or decrease of these units, which led to various disease(s). For example, increased Vatham is known to cause constipation, decreased Pitham causes indigestion to sets in and increased Kapham results in early degenerative functions to set in.

Generally the basic concepts of the Siddha medicine are almost similar to Ayurveda. The only difference appears to be that the Siddha medicine recognizes predominance of Vata, Pitta and Kapha in childhood, adulthood and old age, respectively, whereas in Ayurveda, it is totally reversed.

It is understood that when the normal equilibrium of Vatham, Pitham and Kapham is disturbed, illness occur. The factors, which assumed to affect this equilibrium, are environment, climatic conditions, diet, physical activities, and stress.

According to the Siddha medicine system, diet and lifestyle play a major role, not only in health but also in curing diseases. This concept of the Siddha medicine is termed as Pathyam and Apathyam, which is essentially a list of “do’s and don’ts” for health and well-being.

During diagnosis, eight key elements are examined. These include:

The drugs used by the Siddhars are mainly of three types: herbal products, in-organic substances and animal products.  The drugs are further classified as:

The treatment in Siddha medicine is aimed at keeping the three humors in equilibrium and maintenance of seven elements. So a proper diet, medicine and a disciplined regimen of life are crucial for a healthy living and to restore equilibrium of humors in any diseased condition. Siddha treatments are classified into three categories:

Varmam is a specialized branch of Siddha that is practiced in pockets of Tamil Nadu and Kerala. This branch of Siddha science deals with traumatology and accidental injuries than the internal injuries, where no immediate symptoms are visibly seen. It deals with stimulating specialized pressure points distributed all over the body. Any injury to these points due to trauma or accidents creates problems of neuro-muscular, musculo-skeletal in nature, systemic diseases or even death based on the intensity.

There are about 108 of such vital points in the body, which are either junctions of bones, tendons, ligaments or blood vessels, and they are called Varma points. Practitioners use the knowledge of these points to regulate bodily functions.

Varma vidya is a highly specialized expertise that is passed on from teacher to disciple or as valued family tradition. The Varma experts used a special technique named as ‘Thokkanam’ to manipulate these points and relieve associated ailments.

The science of Abhyanga

Yoga at your Desk