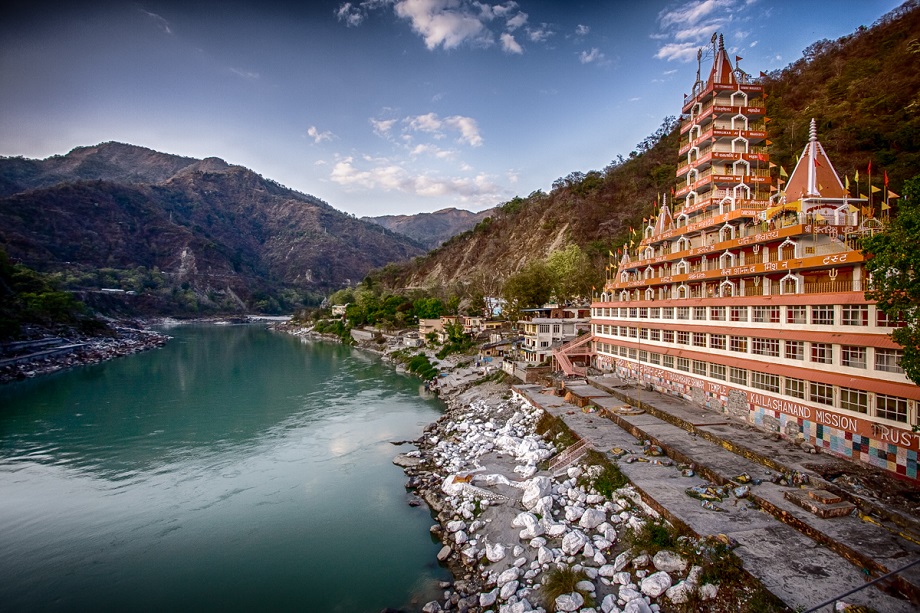 The call of the pheasant echoes through the temperate forests in regular intervals. The Lakshman Jhula bridge towers over the sacred Ganges River, and bustles with activity. The beaches along the Ganga are dotted with Yogis performing penance and chanting hymns.

Ensconced in the foothills of the Himalayas, this is Rishikesh, the birth-place of Yoga.Rishikesh rocketed to international fame with the visit of The Beatles to the Ashram of Maharishi Mahesh Yogi. Unsurprisingly though, the history of Rishikesh is far older than recorded history. The birth of the city is enmeshed in a blurry place between folklore, mythology and history. Legend has it that the sage Raibhya conquered the five senses in this sacred place. ‘Hrishik’ means senses and Ish’ means Lord or Master. Another story says that Agni, the God of Fire, set ablaze this entire city and performed penance here to seek the forgiveness of Lord Shiva. Hence, it has also been dubbed ‘Agni Tirth’. The city has been visited by sages and rishis for millennia. Most of them performed penance in a place considered sacred with the hope of achieving Samadhi, a meditative state of consciousness, which is considered the ultimate transcendence. And this is probably the reason why Rishikesh has been honored with the sobriquet, “The Birth Place of Yoga”.

In itself, Yoga’s history is riddled with doubt due to the ancient Indian tradition of oral transmission of knowledge from generation to generation. Yoga itself is a complex set of epistemologies, philosophies and practices. The earliest mentions of the word Yoga is in the Rig Veda, which is nearly 5,000 years old. A systematic classification of Yoga was first done by Patanjali, who compiled the Yoga Sutras.

There are Yoga centers everywhere in Rishikesh, dealing with the different forms of practicing Yoga – including Hatha Yoga and Ashtanga Yoga, which are the two main forms of Yoga being propagated in the world today.

The physical postures and forms of Yoga help improve flexibility and muscle growth. The practice of meditation and pranayama helps to improve mental strength and self-esteem. In addition, Yoga has known to improve immunity among practitioners and also has been used as an aid to treat depression. The benefits of Yoga are multi-fold and there numerous reasons why one should engage in its practice for a healthy life, these being just a few.

Among the many centers in the city that offer Yoga and meditation classes – the Paramarth Niketan Ashram, on the banks of the Ganges, is the most prominent and the biggest. The Ashram also hosts the evening Ganga Aarti (a ritual or an offering), which is a common practice in the myriad cities that dot the Ganges River. The Paramarth Niketan Ashram offers different short term and long term courses for all skill levels – beginners to experts. The Ashram will also play host to the yearly International Yoga Festival held in March. The event provides enthusiasts the opportunity to practice and learn Yoga from masters from traditional Yoga Lineages in India, as well as masters of international yoga schools and styles.For those who want a quieter place, away from the bustle of the main city to discover the ancient practice, there are several other Ashrams that offer classes in and around the city. Prominent amongst these is the Sivananda Ashram which offers free Yoga and Meditation classes. Accommodation, however, is only provided (free of charge) to those with a serious interest in mastering the practice.

Whilst Rishikesh is primarily known world over for its spiritual ambience, there are different things one can enjoy while visiting the city. It is also home to some of the meanest rapids in the world – including a tough circuit comprising of Grade 4 and Grade 5 rapids. For those interested in an adrenalin rush, different adventure companies offer packages – which include basic training and acclimatization courses. For those people who are interested in a different kind of thrill, Rishikesh offers hiking and trekking possibilities. The Sal and Deodar trees ubiquitous to this region, provides fresh air and a sense of tranquility for those looking to escape into the woods. The Chandrashilla trek is one of those that can be undertaken throughout the year, while the Kuari Pass trek is one for the more serious minded. The Kuari Pass trek offers breathtaking views of the Himalayas allowing participants to drink in the fresh and unpolluted mountain air. Trekking and hiking allow people to clear their mind and get away from the humdrum and noise of city life. Rishikesh benefits from being located upstream with regards to the River Ganga. This spares it from the pollutants that destroy the beauty of the sacred river.

The International Capital of Yoga offers anyone who visits a different experience.The sense of calm that descends upon visitors who enter the place is unmatchable. And a cool climate year round makes it perfect for a visit, no matter the season.

Rishikesh is generally considered a year-round destination.
February – March : The weather during this time is very pleasant with warm days and cool nights. It’s also the peak season, so you’ll find many tourists across the city.
April – June : Come April, it begins to get warmer in Rishikesh. May and June are usually very hot and dry. practising Yoga on the banks of the cooling Ganges River can help beat the heat.
July – September : Monsoon season is during July, August and September. During this period, it tends to get warm and humid, but it’s not as intense as the heat during April, May and June. Sumemr rain showers provide some relief.
October – November : At the tail-end of the monsoon season, there tends to be less rainfall and humidity levels drop. This period sees a steady flow of tourists too but it’s less chaotic than February and March.
December – January : December and January are very cold months in Rishikesh. The city is very quiet and peaceful this time of the year. 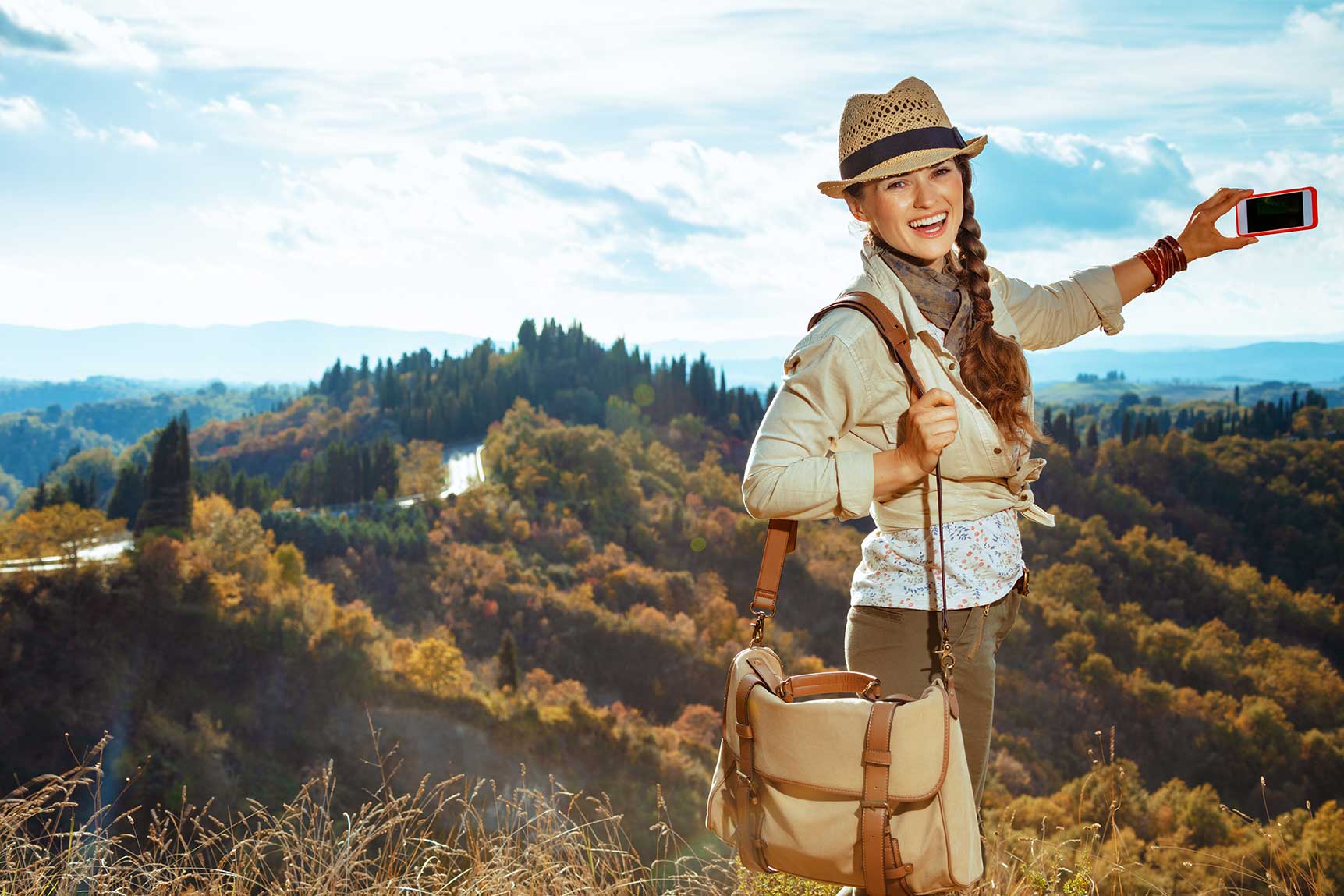 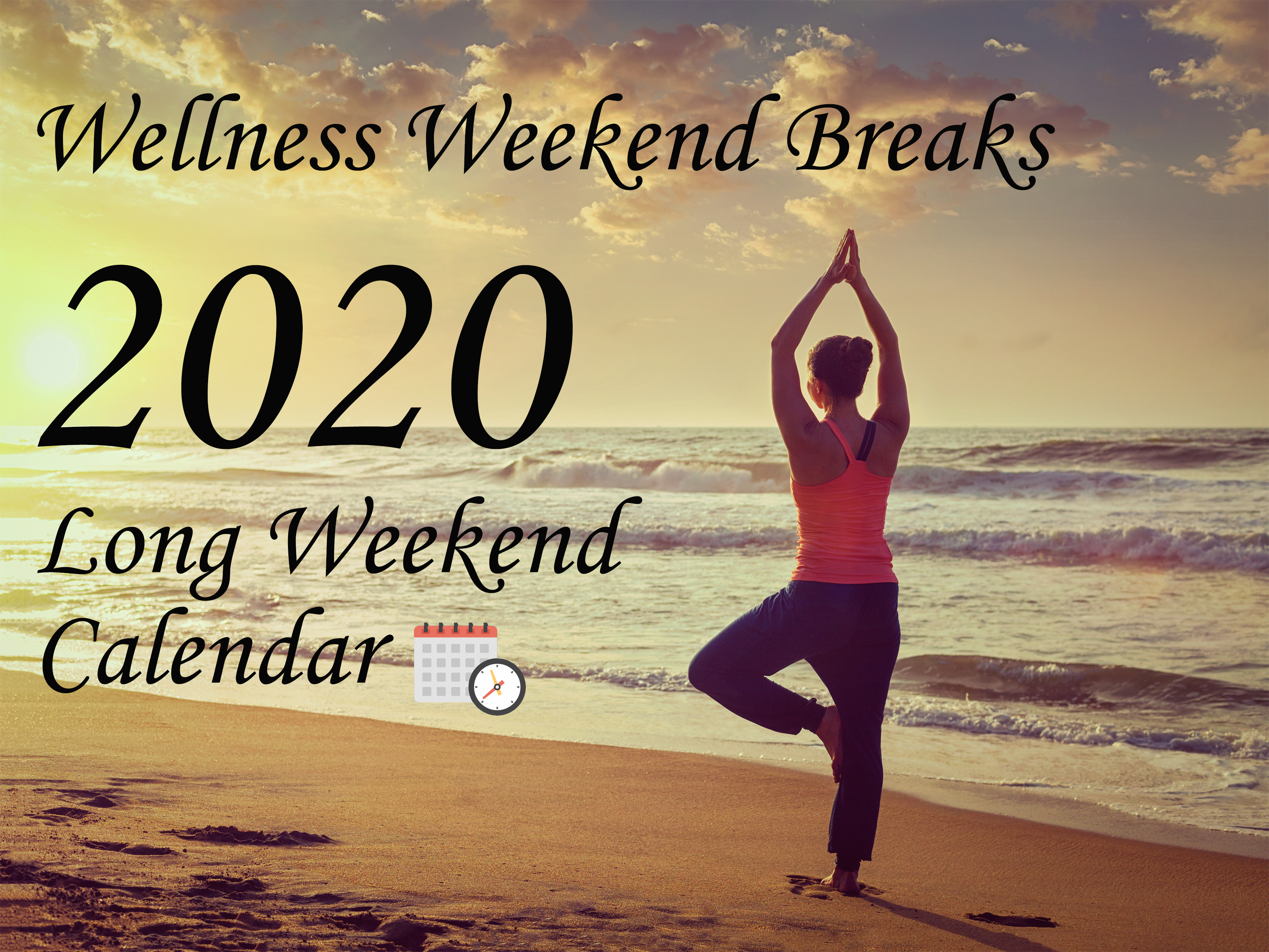 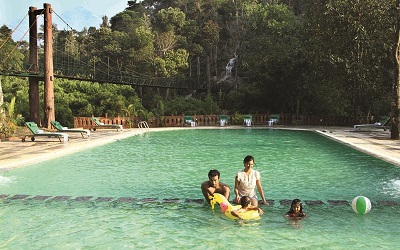 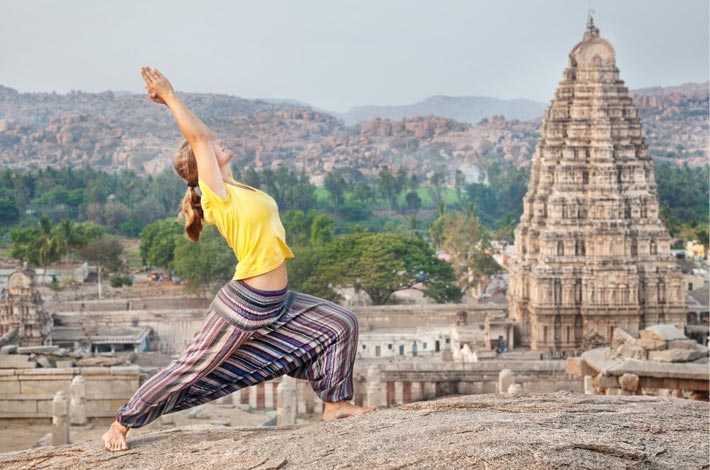 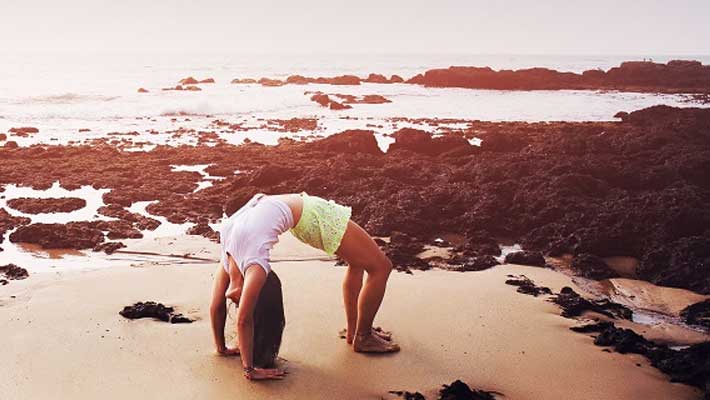 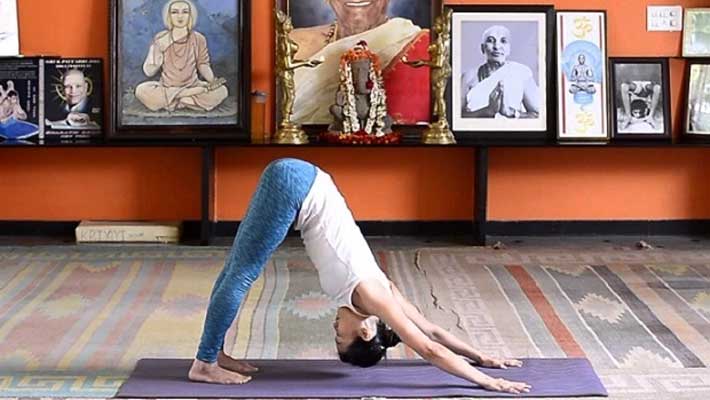 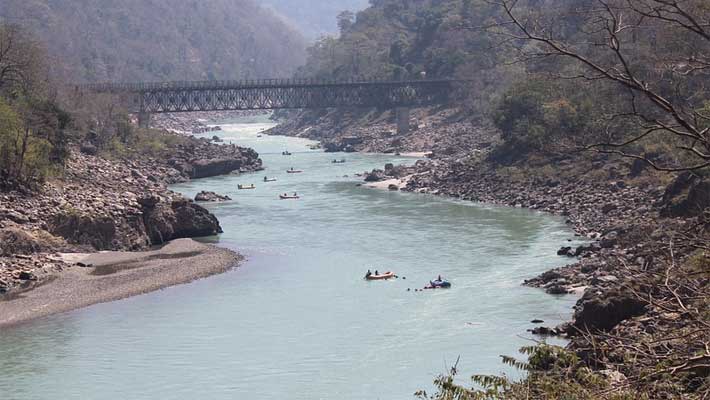